Like many major European cities, Dublin is steeped in centuries of history groups can explore, with numerous attractions to choose from. Here are just 11 of our favourites – from the most popular landmarks to some insider tips: 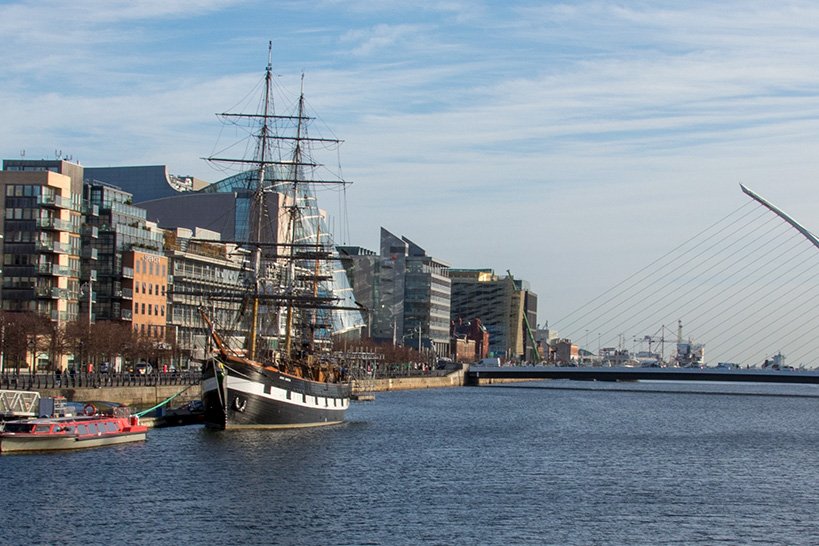 Originally intended as a cargo vessel, the Jeanie Johnston quickly became one of many famine ships, carrying Irish emigrants fleeing the famine to North America, mostly to Quebec.

Today’s Jeanie Johnston is a replica of the original ship and houses a famine museum, allowing us to get a glimpse of conditions aboard. The guided tour provides documentation on the passengers and gives groups insight into their reasons for leaving. 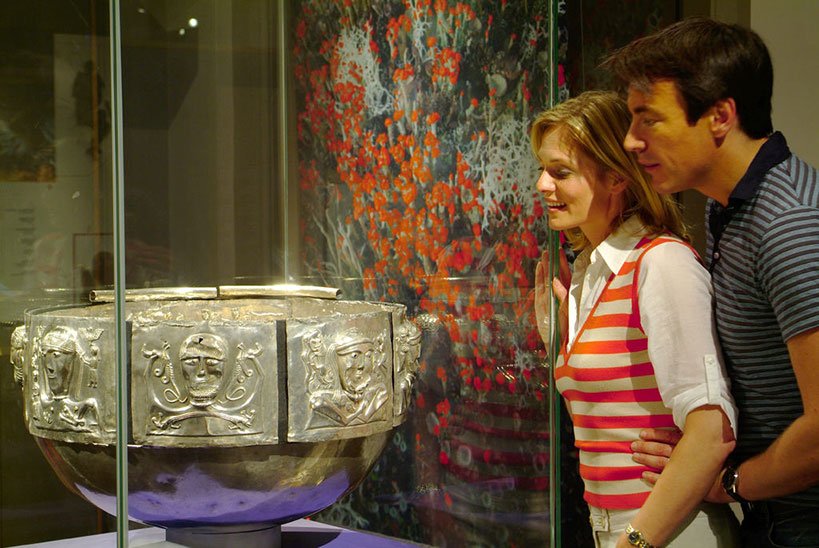 The National Museum of Ireland has three exhibition sites in Dublin, one of which is focused on archaeology. Your group will find a marvellous collection of ancient Irish objects, from the Iron Age to the twelfth century – especially notable is the Golden Age of Irish arts from roughly 700 to 900 AD.

Other exhibitions in the museum include a collection of early medieval psalms and medieval metal works.

A special exhibition on 10 major treasures showcases artefacts from fifteen centuries of Irish craftsmanship, including the Bell of St. Patrick and the Cross of Cong. 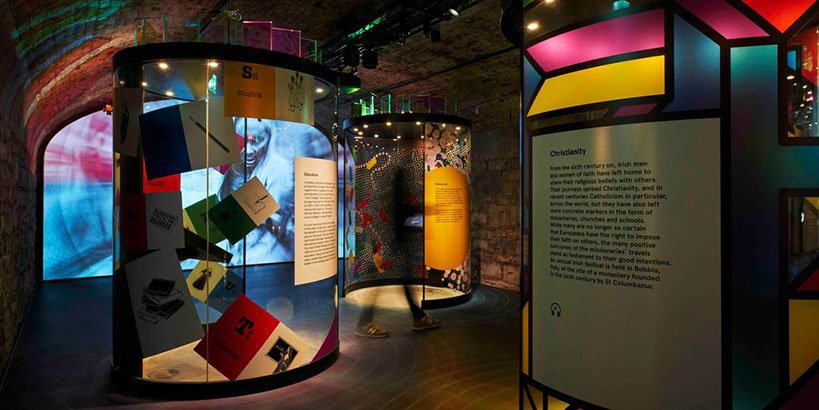 A quite recent addition to Dublin’s historical attractions, EPIC The Irish Emigration Museum is a state-of-the-art interactive experience on the long history of Irish emigrants to all parts of the world. About 10 million people have left the island over the centuries - a little below double of the island’s current population.

The tour has a very broad focus and takes people of all professions and social classes into account – from farmers to famous athletes and politicians, including those of Irish descent, like US President John F. Kennedy. 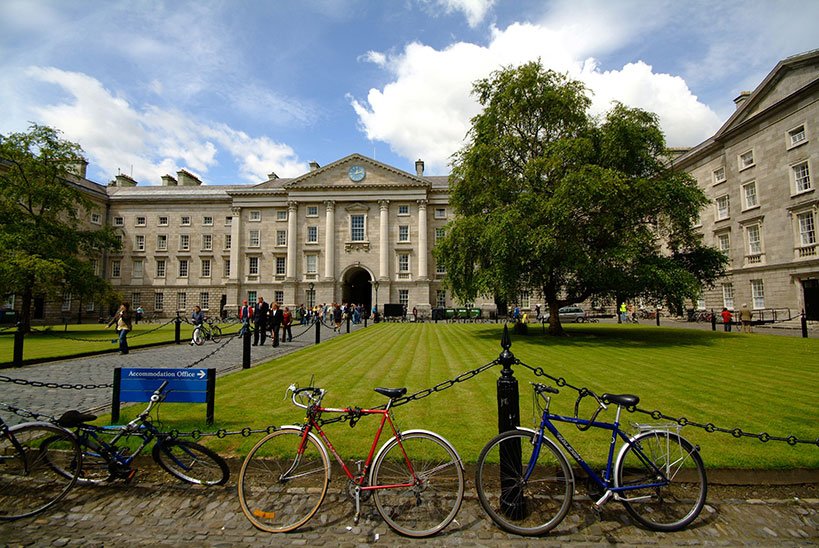 Founded by Queen Elizabeth I, Trinity College is one of Europe’s oldest universities. While the grounds were outside Dublin when it first opened its gates, it is an integral part of the city centre today and the library is a popular tourist attraction.

Some of its treasures include Ireland’s oldest harp, the famous Book of Kells as well as over 200,000 old texts and manuscripts kept in the Long Room.

Many important figures who shaped Irish history attended Trinity College and a visit is a great way to learn about them and the history of the city itself. 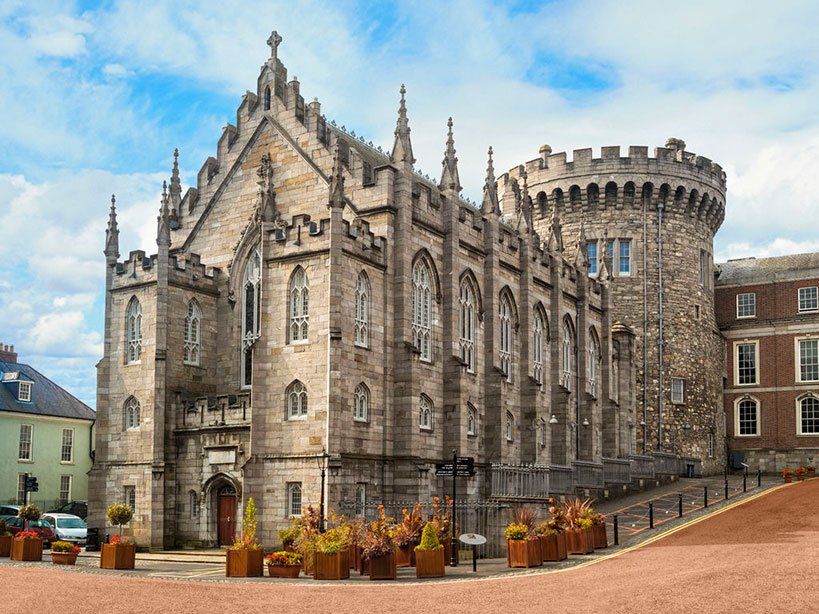 The site of Dublin Castle has housed a stronghold since the 10th century AD. While the Record Tower was built in the early 13th century, most of the other buildings are built in Georgian style and are thus much newer.

Until 1922, the castle was seat of the British administration of Ireland. The State Apartments are still in use today for official visits of foreign dignitaries or the inauguration of the President of Ireland.

Highlights include the State Apartments, the Chapel Royal and the Viking Excavation. 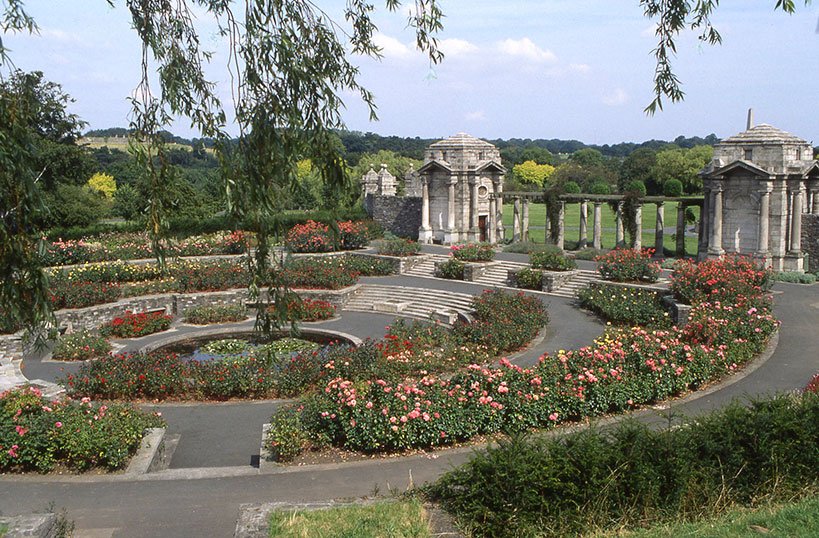 The Irish National War Memorial Gardens feature an elaborate layout with rose gardens, ponds and a Stone of Remembrance.

The site has been used in the past to commemorate the anniversary of the Battle of the Somme. Queen Elizabeth II also stopped at the gardens on the first state visit of a British Monarch to the Republic of Ireland.

7 – Dublinia and the Viking World 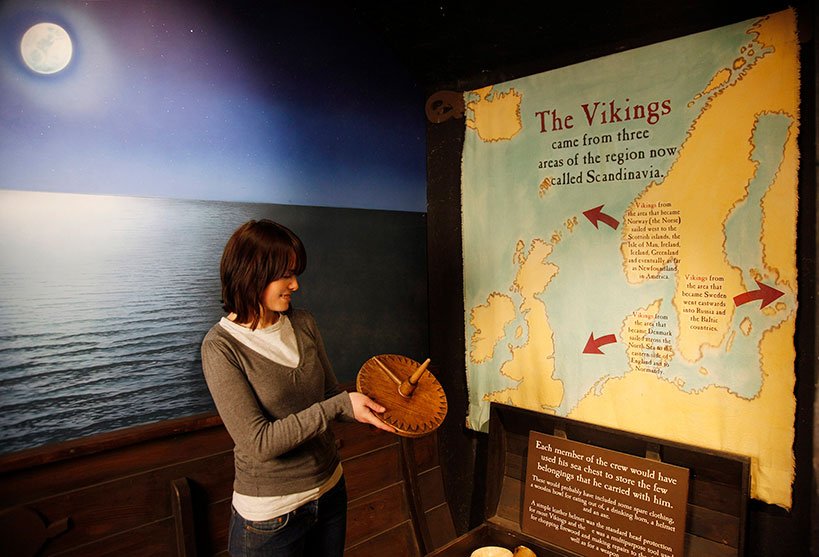 Dublin’s early medieval period was marked by invasion of Viking raiders from Norway and Denmark, who left a long-lasting cultural influence on Ireland’s Celtic people. Even the name “Dublin” comes from them, as the Viking settlement here was called “Duibhlinn” (black pond).

Dublinia features a broad exhibition on the Vikings, their culture, arts, crafts and way of life.

Dublin’s later medieval period makes up the second part of the museum, with insights into the blights and illnesses, but also some brighter aspects that defined these centuries. 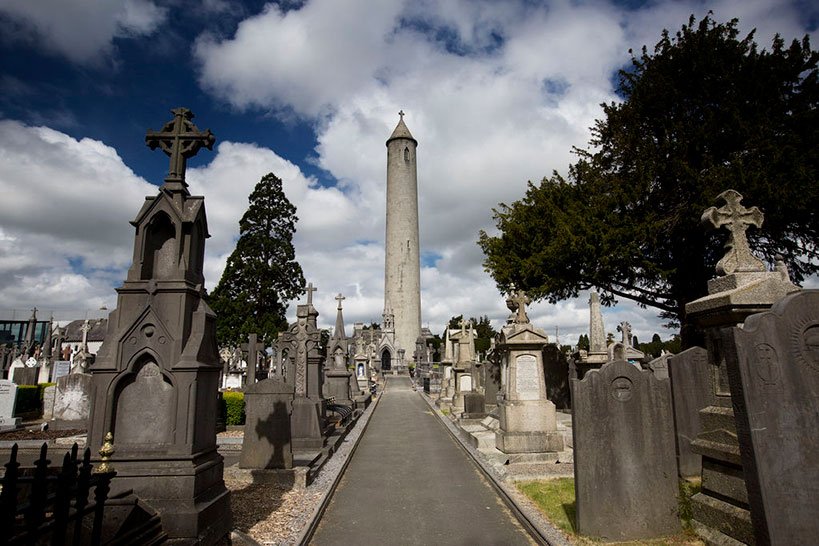 Reilig Ghlas Naíon, or Glasnevin Cemetery, was the first cemetery to hold Catholic burial services after the practice was essentially outlawed under 18th century penal laws, which only allowed full Protestant rites.

Many important figures of modern Irish history are resting here, including:

Guided walking tours are also held on a daily basis and a museum on the history of the graveyard itself as well as the people buried here has been set up, making Glasnevin an interesting site for groups to visit. Visitors with Irish ancestry can search the records for possible ancestors buried here - the meticulous records go back to 1828. 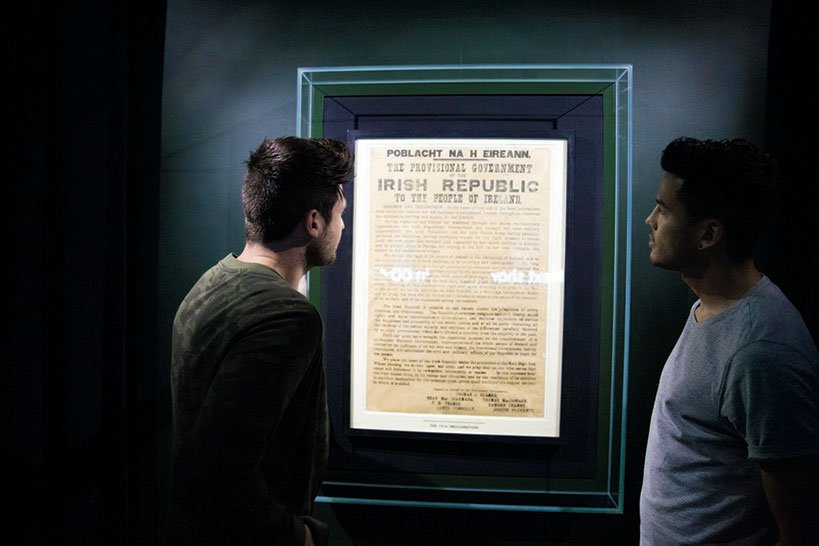 The General Post Office is most famous for being the headquarters of the insurgents during the 1916 Easter Rising. The Witness History Exhibition is dedicated to this event, where tourists can see uniforms and other objects on display and learn about the events of 1916 through the use of modern touchscreens.

Construction started in 1814 and the building, designed by Francis Johnston, was inaugurated in 1818. The GPO suffered almost complete destruction in 1916, when it was shelled by British forces. To this day, it is the headquarters of An Post, the Irish Post Service.

10 – The National Museum of Ireland – Decorative Arts and History 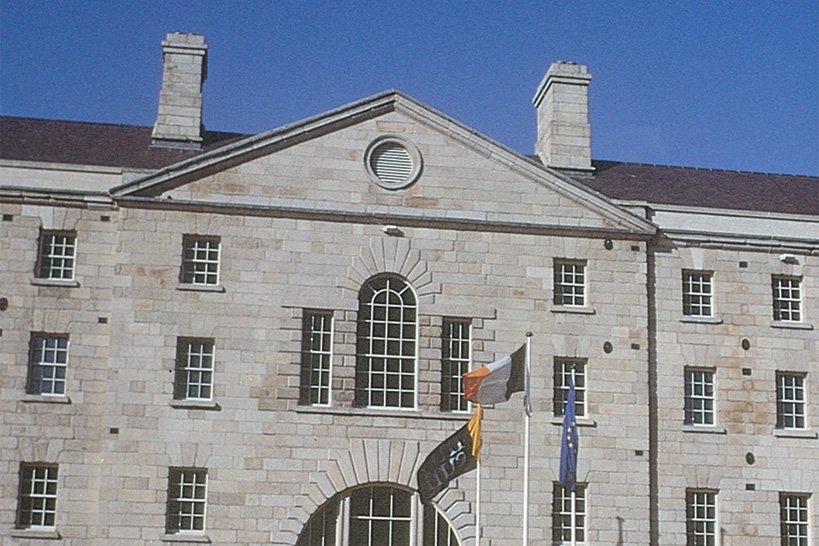 Located in the Collins Barracks (named after Michael Collins), this part of the National Museum is focused on Decorative Arts, such as jewellery, ceramics garments and furniture of Irish making, as well as Irish military history.

Especially popular is the newest exhibition “Proclaiming a Republic – The 1916 Rising”. The collection includes many items that have never before been on public display, as well as some carefully conserved treasures, such as the Republican Flag flown over the GPO.

Groups visiting this excellent exhibition will get a deep insight into the fight itself, as well as the aftermath, like the declaration of martial law and executions of the insurgent leaders. 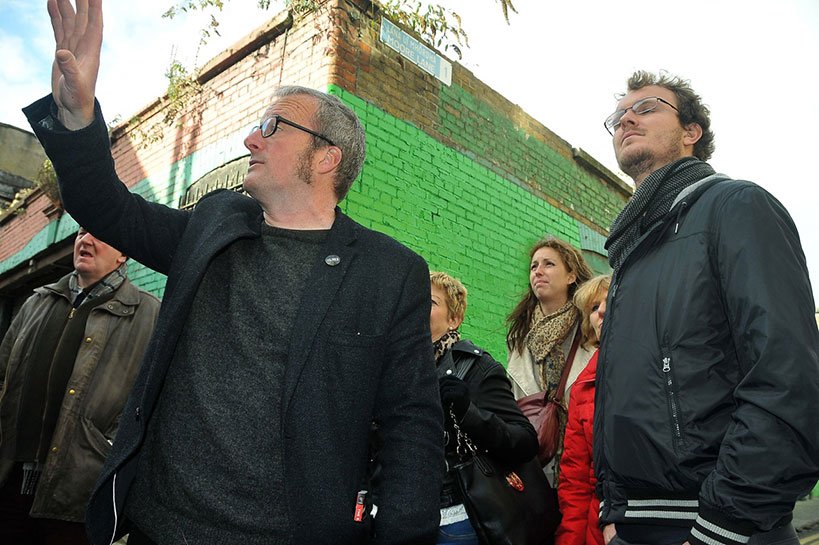 The 1916 Walking Tour by Lorcan Collins is a great way to learn about modern Irish history if your group is short on time in Dublin.

The walking tour takes you to the most important sites of the Easter Rising, one of the most defining moments on the Irish path to independence. Important stops include the General Post Office and multiple statues on O’Connell Street. Lorcan and his team are fantastic guides, while also being knowledgeable and entertaining - our groups constantly praise their energy as storytellers.

"This is one of my favourite acitivities for our groups! Lorcan and his team have such a gripping way of storytelling, you will feel as if you were reliving 1916."

Inspired by Irish history? Then start booking your group trip to Ireland now with Celtic Group Hostels – contact us now! Or check the ultimate bucket list for history group tours of Ireland