The National Museum of Ireland – Decorative Arts and History in Dublin

The National Museum of Ireland – Decorative Arts and History in Dublin

Originally an army barracks, the buildings above were reopened in 1997 with a new purpose: as the National Museum of Ireland – Decorative Arts & History, Collins Barracks.

The museum is home to a wide range of objects, which include weaponry, furniture, silver, ceramics and glassware; as well as examples of folklife and costume.

In March 2016, a new exhibition opened – Proclaiming A Republic: The 1916 Rising. Visitors can encounter the dramatic events of the Easter Week 1916 and its impact it had on the city of Dublin and its citizens, and the Irish nation as a whole by following the stories of those caught up in the events – civilians, combatants and survivors alike.

Other temporary exhibitions currently on display:

The National Museum of Ireland offers further exhibitions on natural history and archaeology in Dublin – perfect for an oh so common rainy day!

All National Museum of Ireland exhibitions in Dublin are self-guided and entry is free of charge!

Benefit from our 26 years' experience in handling over 800 groups to Ireland per year (30,000 students). 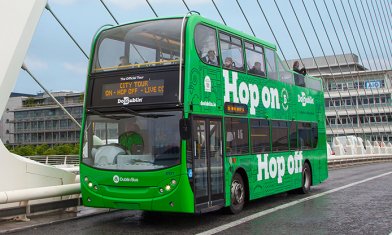