One of Europe's Greatest Neo-Gothic Cathedrals

St Finbarr is the legendary founder and patron saint of Cork and Saint Fin Barre’s Cathedral stands on the site of a monastery founded by him in the 7th century, which later became a renowned monastic school.

In medieval times, an older cathedral was built at this site. This building however had fallen into severe disrepair and was demolished to make space for the new cathedral in 1735, which in turn was itself demolished in the 1860s and the current cathedral was finally constructed.

The architect William Burges was given full control of the cathedral’s design up to the sculptures, mosaics, furniture and metalwork, resulting in a remarkable unity of style throughout the building. This impressive building can be seen from many places across the city and is a magnificent example of French Neo-Gothic architecture.

The cathedral was consecrated in 1870 and is still in use today as a place of worship. Fin Barre’s Cathedral belongs to the Church of Ireland and thus is a protestant church.

Another beautiful church can be found just one town over in Cobh. St Colman’s Cathedral is also built in Neo-Gothic style and features one of Europe’s largest carillons. 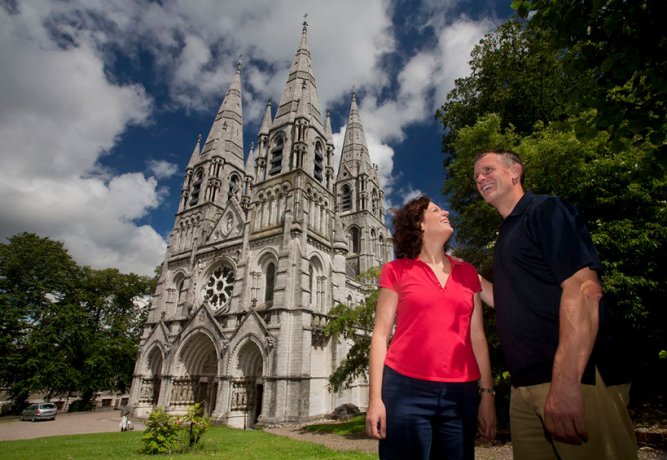 Guided tours can be tailored to the group’s interest and amount of time. However, at least 30 minutes are recommended for the tour.

Benefit from our 25 years' experience in handling over 800 groups to Ireland per year (30,000 students).