The Cathedral of Our Lady Assumed into Heaven and St Nicholas, Galway - or Galway Cathedral for short - is the seat of the Bishop of the Roman Catholic diocese of Galway, Kilmacduagh and Kilfenora. The Greek word “kathedra” is the origin of “cathedral” and means seat, as this is the seat of a bishop.

Dedicated on 15 August 1965, Galway Cathedral is the youngest among Europe's great stone cathedrals. The site it was built on previously housed the old city prison, which had been used to imprison Irish Catholic independence proponents for years. From its position on Nuns Island in the city centre, the cathedral dominates Galway's skyline.

Architecturally, the design by John J. Robinson draws from many different influences. While the 44.2 metres green dome and the pillars call back to a Romanesque style, the beautiful rose windows and mosaics are traditionally Christian styled. Less prominent are the Gothic and Spanish influences. Unlike many other European cathedrals, which are built from concrete, Galway Cathedral is made almost entirely of Galway Limestone.

The interior, as seen in many cathedrals and churches, is cross-shaped when seen from a birds-eye-view. A large number of statues, stained glass windows and mosaics have been contributed by numerous artists - of special note is the crucifixion mosaic behind the altar, designed by British artist Patrick Pollen.

The Choir, which performs during Sunday Masses and Holidays such as Easter or Christmas, draws from a repertoire from the 15th to the 21st century - including Gregorian Chant.

Entrance is free but donations are welcome.

Other activities in Galway 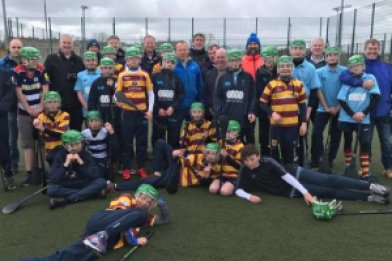