The Little Museum of Dublin

The Little Museum of Dublin

The Little Museum of Dublin tells the story of Dublin city from 1900 up to 2000 and showcases the remarkable transformation that the city went through in the last century. Visitors to the museum will witness the violent birth of the Irish nation, the conservative years that followed the false economic hope of the 1960s and the Celtic Tiger boom of the 1990s. Photographs, art and newspapers are some of the artefacts that tell the story of the city along with the influence of politics and power.

Named as “Dublin’s best museum experience” by the Irish Times, the Little Museum of Dublin has been nominated for the European Museum of the Year Award and has just been granted full charitable status. The museum is spaced out on over three floors of a Georgian house with over 5,000 items on display.

Late opening until 20.00 hrs on Thursdays.

Maximum group capacity per tour – 20 people. For larger groups please contact us at the time of enquiry. 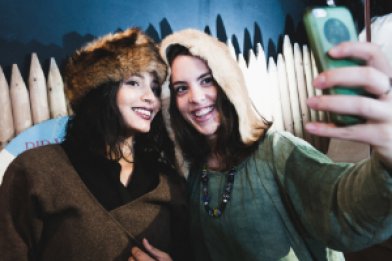 Dublinia Viking Tour and Museum
What is Dublinia? Dublinia is a historical recreation museum and one of the most popular v…
Tags: Attractions, Top Picks, History & Politics
Locations: Dublin
More Info